economic environment for tech work
May 22, 2022

Some companies will exhibit behaviors listed below in the coming year, if they aren't already. My hope in sharing these thoughts is that each of you can navigate your next career moves with a little more context - though I suspect most of you have already considered these things.

The world can turn around rapidly, so these things will be invalid in the case that this is just a blip - I hope it is.

Markets are down - in particular the tech sector has gotten crushed. All of this is par for course after the intense bull run we've had post-2008 and the huge investment in tech companies over the past decade. I'm not a macroeconomist, but I am certain at least some of these things will be true. Many investors have been communicating this way for months now; encouraging founders to raise as fast as they can.

At the macro level

I've attached a note that I saw on Twitter - the main message from YC to founders is to prepare for the worst. While you may or may not be a founder, the financial implications for the leaders of each of our companies means change for us in the workforce. Additionally, I've attached a note of a theoretical example for illustration. 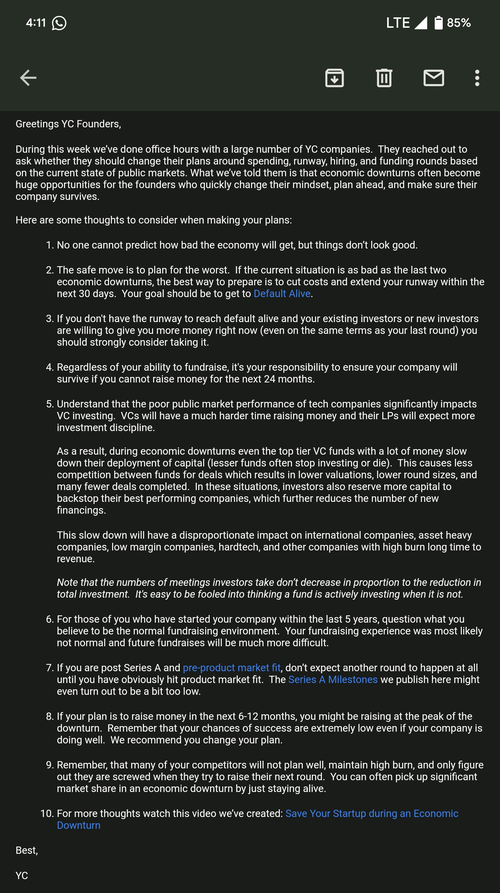